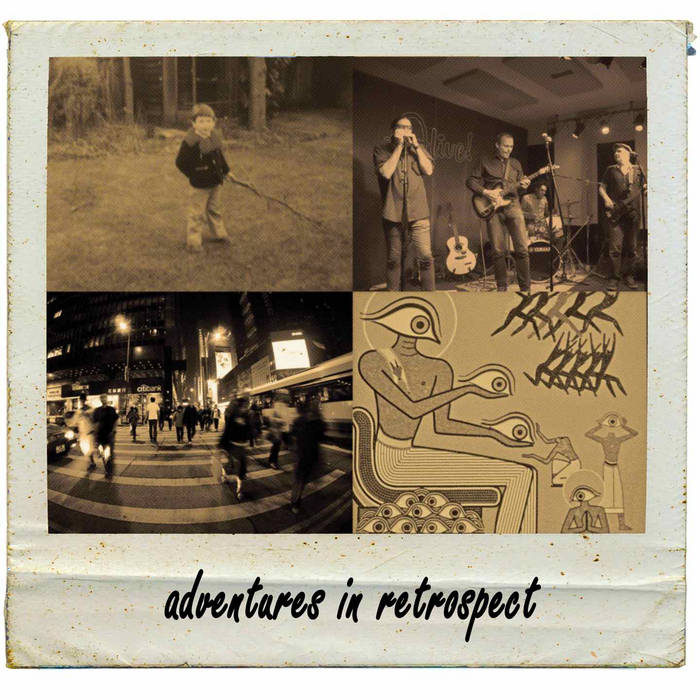 Thank you for listening to and/or buying this album

The production was quite an unusual one. Following the completion of my first album, 'Butterfly Dreams', we started working on an acoustic EP of 5 songs in October 2016, using cajon along with acoustic guitars and minimal percussion.

In February this year I met and began rehearsing with drummer Ernesto Pestana and soon the plan was hatched for him to overdub drums onto some of the cajon songs (which he did very impressively) and for me to put together some song fragments into finished songs as well as writing brand new material. In this, I was greatly aided by my main musical cohorts Kester Jones and David Ernsberger.

As had happened last year, the new songs were honed through being performed live throughout the period of recording by my musical project known as 'The Backfield Plan', now including Ernesto.

Aside from the aforementioned, I also called on the services of many other fantastic musician friends, most of them members of the woefully untapped expat music scene in Madrid, namely:
Bruno Ragone, Julianne Athon, Mike Ursin, James Jarman, Ines Faneka, Andrea Assandro, Victoria Rose, Padraig O'Connor, Maria Martin and Hugh Kearns (FULL CREDITS BELOW)

So there you have it, truly a labour of love and the product of much musical effort

Payment for this album is of course not obligatory but if you like it, I would ask that you share it with others

Bandcamp Daily  your guide to the world of Bandcamp

Featured sounds from Fly Lo and Ahmed Idris, plus Mother Nature hops on to drop off new project